So I wanted to take this opportunity to talk about in detail a recent project of which I’ve been focusing on for the past couple of months.

The mixed mediums project I have been working on for a while now is finally completed and has come together surprisingly well. It was both a painful and stressful process – as any ongoing project can often be – but the rewards have been more than worth it.

I ordinarily don’t like to title my work, as I feel that often sets up the viewer to have a formulated perception of the image/s. It creates bias, if you will, preventing them from coming to their own self directed conclusion. But in this circumstance, I had a specific concept in mind and wanted to convey something definite.

My concept is actually more of a focus on the inherent reaction of the onlooker to the work rather than the work itself. My aim was to eliminate the central focus that people naturally seek when looking at a portrait, this being the eyes.

I wanted to create something which interrupted people’s natural expectations, addressing the issue of complacence and the human ability of missing details in day to day life due to the formation of a pre-conceived idea as a product of familiarity.

Through this elimination I had hoped to awaken the viewer’s awareness and force them to inspect the image further rather than take it for face value. To break out of that familiarity, to question and inspire imagination.

This may be somewhat of an extrapolation from the final images, of course. Something which the onlooker might never be aware of or even consider, but I suppose my explanation just simply provides the opportunity for a little clarity and awareness to our behaviour.

As it turns out, this project has come to be something much more fruitful than what I would have ever anticipated. I’ve realized that working outside of a digital medium forces you to intensely consider every aspect of a project before it’s produced so that every stage will be synonymous. Although this is already true when working strictly within a digitized bracket, paint and physical works aren’t at all forgiving as the former often is.

I’ve taken a lot out of this process, and will continue on to pursue further works as intensely as I have with this one and translate what I can from it into my strictly digital photographic works.

So overall I’m very pleased with the outcome, and the reception to my work. I will now brighten this up with some images of my process for this project – punctuating it all with the final piece. 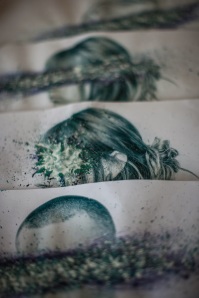 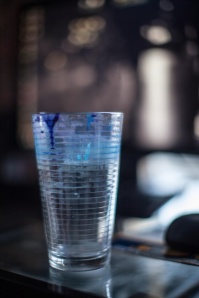 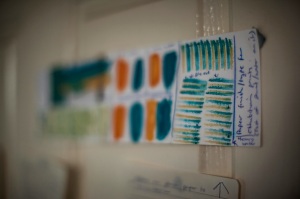